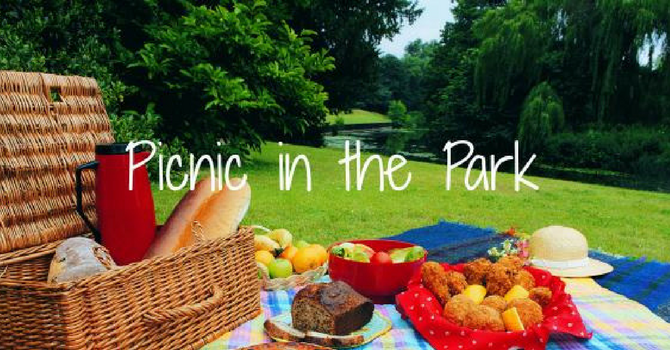 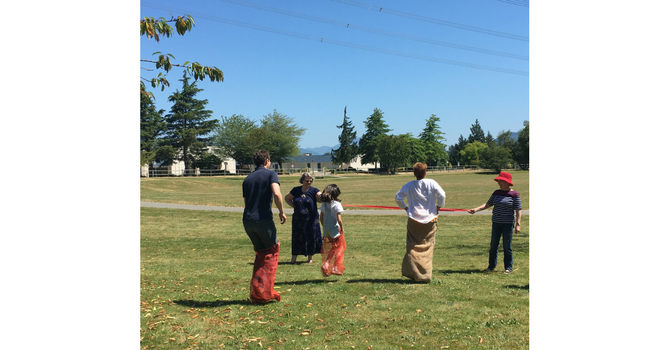 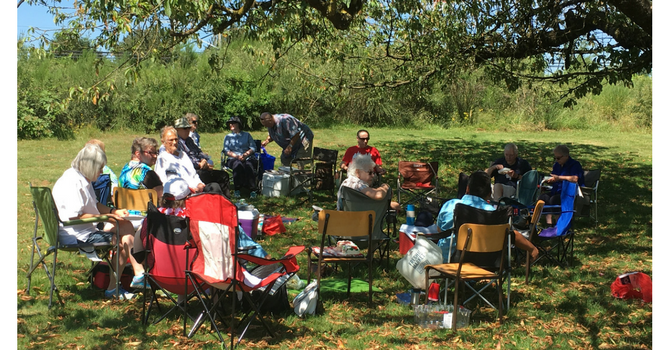 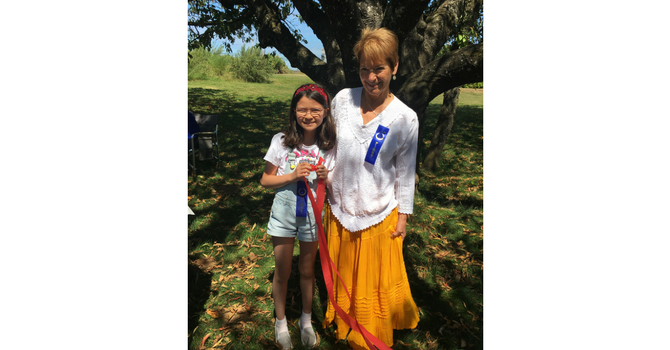 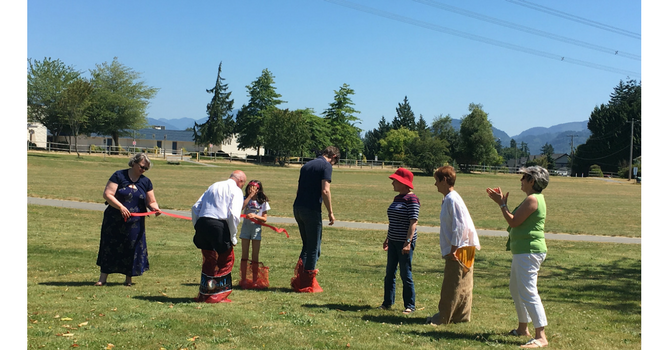 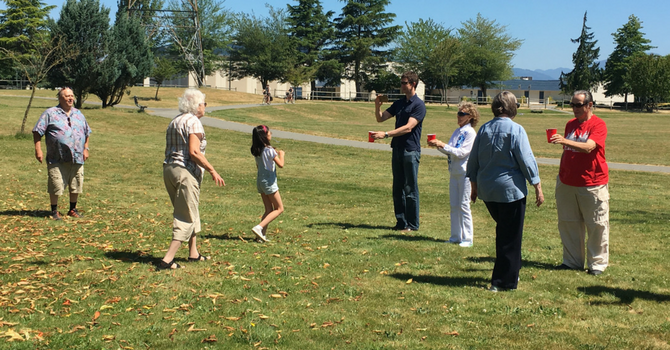 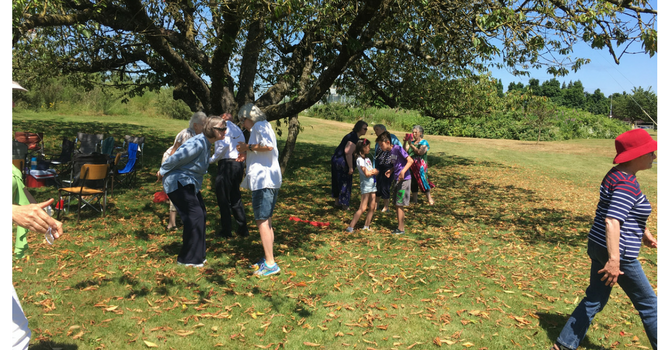 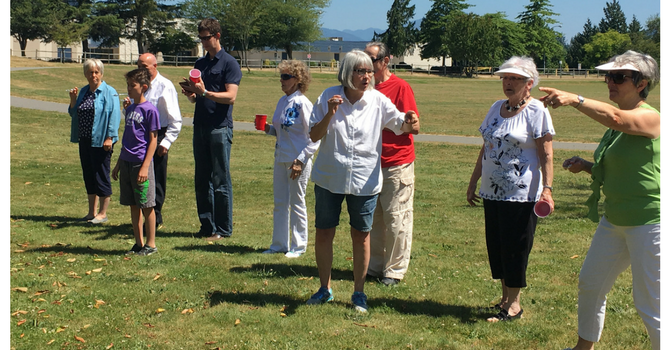 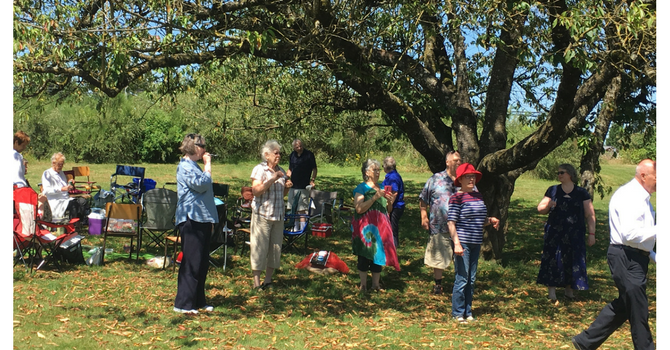 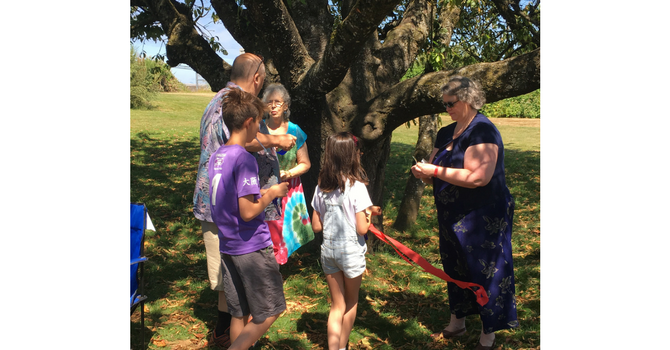 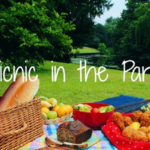 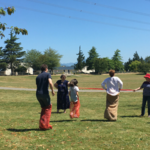 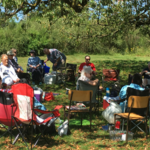 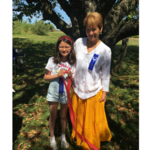 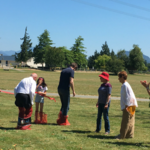 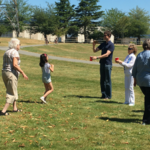 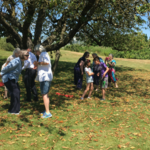 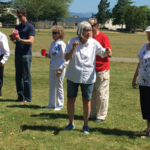 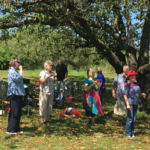 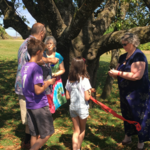 Our first Annual Area-Wide United Church Picnic which was held on Sunday, July 2nd, 2017, in the park beside Gladwin Heights United Church was a tremendous success.

Following the joint service, where over 75 area United Church of Canada members were in attendance, members gathered under a large cherry tree in the park behind Gladwin Heights United Church.  Grace was said by Arlene Kropp. Then we all dug into our various picnic lunches, while food, fruits and desserts were shared around by the approximately 25 people of all ages who came out to enjoy the perfect sunny summer afternoon.

After the food was put away, we were all invited to join in on some old fashioned picnic games.  There was a sack race, a water filled balloon toss, and a stone on a spoon carrying game, to name a few. [unfortunately nobody got wet from the breaking balloons, which would have been much funnier].

After the ribbons were all pinned on, and the afternoon sun moved a bit further across the perfectly blue sky, we went our separate ways, while some were already planning to have an even bigger 2nd annual picnic , next year. Thanks to all who came, and sad regrets for those who missed it.